Gaurika Singh is a Nepalese international successful swimmer born on November 26, 2002, Kathmandu, Nepal. She began her swimming career at the age of eight. She has held many national records since beginning her swimming career at the young age of eight. She is 17 years old and recently won 4 gold medals, 2 silver medals, and 3 bronze medals for swimming at the 2016 South Asian Games. She is the youngest Olympian with the mind-boggling talent of Nepal. She joins the Camden Swiss Cottage Swimming Club under coach Adam Taylor, who has produced world-class swimmers. 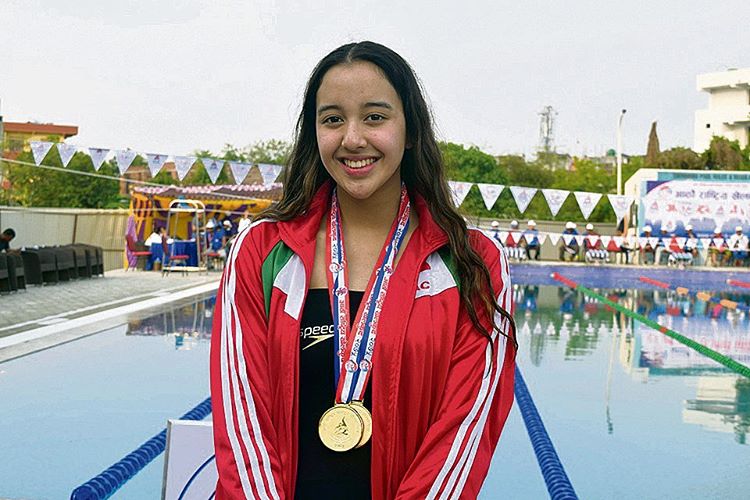 Gaurika Singh was born on November 26, 2002, in Kathmandu, Nepal. She originally hails from Bhimdutta municipality, Kanchanpur. She is studying at Haberdashers’ Aske’s School for girls in London and preparing for her next competition. She lives with her family in London. Her father’s name is Paras Singh who is a doctor in England, her mother’s name is Garima Rana who is 2050 SLC Board Topper and she has one younger brother named Sauren Singh. Gaurika Singh has a keen interest in swimming from the very beginning of her childhood. Her family is very supportive with the help of them she has achieved her wonders.

At 13 years and 255 days, Singh was the youngest athlete to compete at the 2016 Rio Olympics. She won heat 1 of the 100m Backstroke in a time of 1:08:45 but did not qualify for the semifinals. Singh finished in 31st. Her father, Dr. Paras Singh, often accompanies and supports her around the world.