Swoopna Suman is the rising star of Nepal in the field of the music industry and a very talented Nepali singer. His real name is “Suman Thapa“. He affiliates with Channel Arbitrary on YouTube. He has been gaining millions of fans and huge popularity these days. People love his songs and him personally. He has a unique voice and a unique genre in music.

As of now, Swoopna Suman is 23 years old. His height is 5 feet and 6 inches. In his family, there are altogether five members his Mom, Dad, Sister, Brother, and himself. He is the oldest son in his family. His father was a retired Army. His younger brother and younger sister are currently studying.

Swoopna Suman official debut song was “K Saro Ramri Bhako” whereas, In the Nepali movie industry, his debut song was “Thahai Bhayena” in “Intu MIntu London Ma” starring Samragyee RL Shah and Dhiraj Magar. talking about Swoopna Suman’s educational qualification, he has completed his schooling education (SEE/SLC) from Sainik Awasiya Maha Vidyalaya at Dharan. after that, he went to Kathmandu and had chosen management as a major subject.

taking about Swoopna Suman love relationship, he is absolutely single and unmarried. he has no girlfriend but he does have a crush. her name is “Katy Perry“. she is an American singer and songwriter. Swoopna has not been involved in any kind of love affair. however, in the past, he had been in a relationship with a girl whose name is “unknown” till the date.

Swoopna Suman is very romantic and very emotional at the same time. he has a magical voice. He loves to be around with peoples who really understand & appreciate his hard work.

Nowadays, Swoopna is very busy on international tours and concerts including Australia, Korea, Hongkong, England and many more. Talking about his earning, he charges around 20 to 80 thousand per concert. Besides singing and songwriting, he generates extra income or revenue from out sponsorship ads of various brands and products.

During his struggling days, time was so difficult, Suman used to work as a waiter at Restaurant. He also suffered from depression and anxiety too. Till now, he has already published almost 12 of his official songs on youtube. 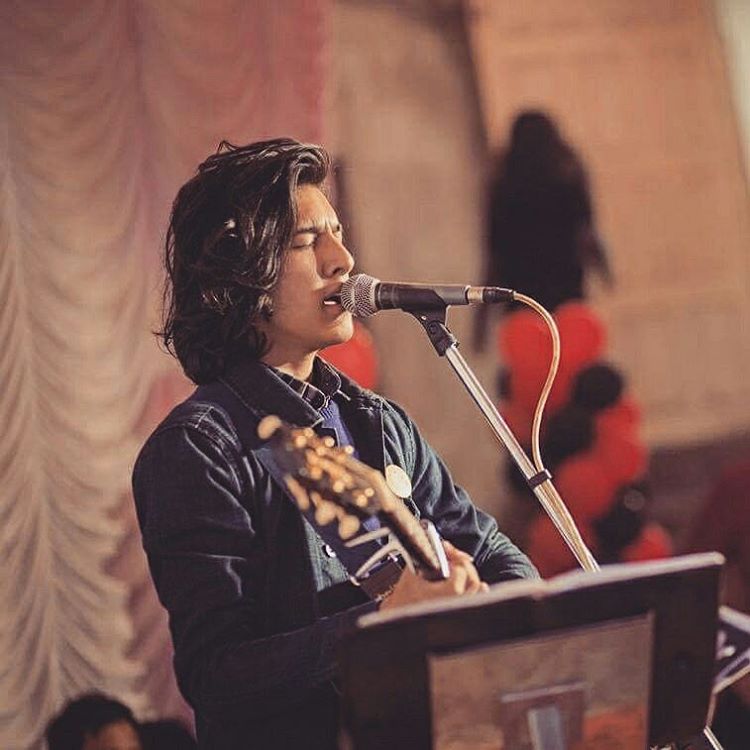 Swoopna Suman was born on 2 Dec 1995. He belongs to a middle-class Nepali family. He spent almost all of his childhood in the hostel for his school level education. Swoopna Suman did schooling from Army School which was the best platform to explore himself. He thought that music is not for him at some point but slowly his ultimate passion did not stop him. The Internet was the best place to learn and watch his favorite artists. He gave his performance in many cultural and different singing programs in his school. His mom is his biggest inspiration.

He started singing when he was in grade 4. He loved to sing Bhajans since childhood time. He went to India to play an act but returned gaining experience singing “Bhajans ”. Since then, he started to explore his voice more. While studying in grade 7 he started to compose songs by himself. Swoopna started learning Guitar on his own and later started uploading some cover songs on YouTube. He always has good feedbacks and appreciation from the audience. That makes him think to make his career in the music field.

At first, he started recording his songs under Karma Records and they launched Swoopna Suman when they noticed his cover videos on Youtube. After he joined Arbitrary Productions Pvt. Ltd and he released his two original songs “Kasari Bhanu” and “Kunai Din- The Coffee Song” which hit the Nepal market. He has officially announced that he has never joined music classes. He is the hard-working emerging star. He is currently working on his various new songs, music videos and giving live performances in various places.

Pizza is a classic dish that never seems to go out of style. But if you're looking for a healthier...

“Stay true to your vision without overlooking the risks.” - Nirmal Purja A man who has delivered his stories of...